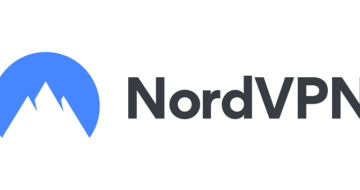 99%
NordVPN is one of the most popular VPNs in the world, and…
Review
Visit

88%
ProtonVPN is a relatively new VPN on the market, but it packs…
Review
Visit

VPNs have gained massive popularity in recent years. This is because they are the key to giving you access to a range of content you might not actually be able to enjoy otherwise.

In particular, VPN popularity boomed when it became obvious that it was possible to use them to access Netflix content.

Not only do VPNs enable you to stay more secure online, keeping data private, and so on, but they are also great for use when streaming.

This is because a VPN can give your computer (or indeed mobile device) the ability to look like you are in a different part of the world.

This means you can increase your movie and TV show library by an extraordinary amount. You can access shows that you wouldn’t be able to watch otherwise.

However, when it comes to using a VPN with Netflix, there are many pitfalls. Of course, finding the best VPN for watching Netflix was never going to be an easy task as the streaming giant clamps down quite a lot on their usage.

In fact, Netflix actively seeks to make its service incompatible with VPNs, even blocking residential VPNs in 2021. As such, it’s sometimes not even possible to access the streaming giant even when the best VPN for Netflix is being used.

To that end, we regularly test different VPN providers to see if they are still able to work with Netflix and which catalogs you can still access. Read on to find out about the best VPN for Netflix choices available at the moment.

When you decide that you need the best VPN for Netflix on your device, be it a computer, phone, or games console, the idea is to look like you’re in a different country from the one you actually are in.

In this way, you can access content that’s exclusively available only in other countries. It might sound hard, but actually, with the best VPN for Netflix in use, it’s very simple to do.

Once you have installed your chosen VPN on your device, just turn it on. Then choose the server in the country you want to ‘appear’ to be in. It’s really that simple!

Netflix will then think that you are in that country and show you the catalog of shows and movies available in that region. However, it is important to remember that doing this does go against Netflix’s terms and conditions.

By using the best VPN for Netflix, you are doing so at your own risk. Then again, we’ve never heard of an account getting suspended for using a VPN either.

How to choose the best VPN for streaming Netflix

When it comes to choosing the best VPN for Netflix, there isn’t just one solution to fit all. There are a number of different criteria that you, and indeed we, need to consider.

Importantly, there are a number of VPN providers out there who have actually stopped trying to unblock Netflix as it is becoming too hard. So, you will need to check this out first if that’s your main goal in getting a VPN.

Here are some of the top criteria we consider when choosing which is the best VPN for Netflix:

After careful checking, we have come up with a Top Five list for the best VPN for watching Netflix in 2022. Check out the list below and the features that make each one stand out.

With Netflix constantly clamping down on VPNs, ExpressVPN has shown itself to be the most capable of bouncing back. It’s very reliable too.

It allows users access to Netflix exclusives in the UK, Canada, Australia, the US, and more. This makes it one of the best VPN for Netflix choices.

Not only that, but it also unlocks a range of other streaming service libraries, including Amazon Prime, YouTube, Hulu, iPlayer, and many more.

It also has a money-back guarantee and an impressive 3 months extra free, giving you ample time to check out all that this VPN has to offer.

Another of the best VPN for Netflix options is Nord. Not quite as good as some of the others on the list, this VPN only unblocks Netflix in some countries, but thankfully, one of those is the US.

It also offers a number of other unblocking services for other streaming sites and has a money-back guarantee in place too. Rounding out the features is the fact that it can be used on gaming consoles as well as computers and offers speedy connections.

Similar to the other best VPN for Netflix options here, IPVanish also unblocks Netflix in the US. However, it can’t unblock Netflix in any other country at this time, which does make it one of the weaker options.

Users can enjoy unblocking content from BBC iPlayer, Hulu, and YouTube though. It’s also got a reasonable payment plan, as well as a good money-back guarantee.

However, it’s also rather limited on which devices it is compatible with and supports just 7 simultaneous connections for devices.

A bit cheaper than many others on the list, Surfshark offers the best budget option when it comes to accessing Netflix. It’s also very simple to use with a user-friendly interface, letting you get up and running in no time.

Its main specialty is US Netflix unblocking, but it can also get you access to Canadian content too. Furthermore, it’s just slightly more limited when compared to some of the other best VPN for Netflix options out there.

Always improving, ProtonVPN has made impressive inroads into Netflix accessibility in recent years. With many other VPNs regularly struggling to gain access to the service’s media libraries, this VPN seems to have found an easy unblock solution that works time and time again.

ProtonVPN is also an excellent option for unblocking a range of other streaming platforms such as Amazon Prime, BBC iPlayer, and Hulu. It also supports as many as 10 simultaneous device connections so that the whole family can enjoy it.

Why you need the best VPN for Netflix streaming

Why does this huge streaming service actually stop you from accessing all of its content?

Well, simply put, the service actually doesn’t want you to use a VPN at all when using it. In fact, this is in the terms and conditions laid out when you first create an account.

This is due to the rights agreements it has with the different studios and is totally a valid reason. This is also why you will find so much blocked content.

Netflix is very good at this too, which is why you need the best VPN for Netflix in order to bypass these constantly changing and updated blocks.

As each IP address is flagged, your chosen VPN will simply need to jump to another IP address to keep Netflix guessing.

In fact, Netflix is so good at this that, in recent years, accessing the service from anywhere other than your authorized location has become increasingly hard. This is the case even with the best VPN for Netflix in operation.

Let’s take a look at all this more closely. The reason for many restrictions when it comes to country catalogs is simply the different copyright laws in place.

Movie studios all have different contracts around the world, which means that a film or series may be available in one country, but not another.

There are also broadcasting rights to contend with, where some channels have the rights before Netflix.

All of this means that Netflix content is different wherever you are in the world. Of course, the USA has the largest Netflix selection, with almost 1000 more shows than the UK version of the site for example.

As such, it can be very tempting to want to check out the other options and this is where using the best VPN for Netflix comes into play.

The best VPN location for Netflix

By using a VPN with your Netflix account, you can dramatically increase the number of shows and films you have access to. But where is the best location to be?

Well, as we mentioned, the US has the biggest library. So if you want to make the most of getting access to the largest number of shows possible, then being outside of the US when you use your VPN is the way to go.

Of course, if you’re in the US already, then you may want to try setting your location to Australia so that you can watch Rick and Morty for example. You’ll need Adult Swim to do that in the US.

Strangely enough, Friends, The Office, and other popular US shows are not available for US viewers on Netflix. But they are available for the UK and Europe.

The best VPN location for Netflix therefore really depends on what you want to watch.

As we’ve mentioned, being able to access Netflix with a VPN is getting harder. That’s because the company puts a lot of time and effort into preventing those VPNs from getting access.

You may find that one day you can access the site, the next day you can’t. Instead, you’re faced with the ‘streaming error’ message synonymous with Netflix.

Netflix has been carefully finding and then blocking or even blacklisting IP addresses they suspect of being from a VPN. However, VPNs are doing their best to circumvent these blocks too.

Many of the best VPN for Netflix options are now using specific locations for the servers that are to be used on Netflix only.

How the best VPN for Netflix overcome VPN bans

So, how does the best VPN for watching Netflix overcome or outwit the stringent banning and blocking process implemented by Netflix?

Well, for starters we need to understand IP addresses. Each IP address has a country code that Netflix can use to block access.

But, most VPN providers will have a number of different servers in countries around the world. This enables them to, quite literally, hop from server to server in order to get access to the Netflix library. It can take time, but it works.

Importantly, not all of these servers will work with Netflix, even when you’re using the best VPN for streaming Netflix.

With that in mind, if Netflix is your primary goal, it’s worth taking the time to get in touch with your VPN’s support. They can advise which servers are currently operational with Netflix.

Top VPNs will be cycling through these servers in order to beat Netflix at their own game. Not only that, but they will be adding new IP addresses all the time too.

This means that as soon as Netflix blocks one, the VPN can jump to another, giving you seamless access.

Get the best VPN for Netflix now

So, with all that information available to you, it’s time for you to check out our top five best VPN for watching Netflix choices.

Go out and enjoy all the movies and shows you want!