Get the most out of your VPN by fiddling with all those settings and adjusting your region to the perfect location!

Sounds too much for you?

VPNPro.net’s guides will walk you through all of this and more so you can use your VPN to its full potential!

All our VPN Guides and Tutorials 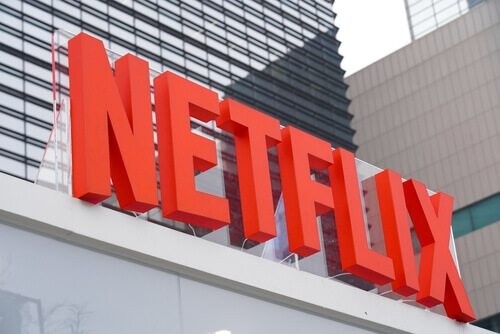 How to change Netflix region

January 10, 2022
Your Guide on How to Change Netflix Country There is no doubt that how to change Netflix… Read more 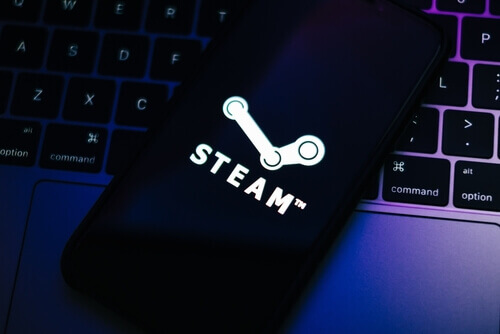 How to change Steam region

January 10, 2022
How to Change Steam Region With VPN Steam is one of the most popular gaming libraries… Read more 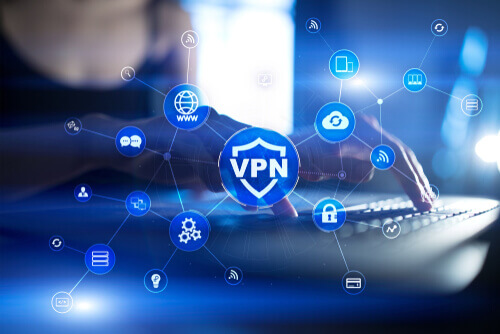 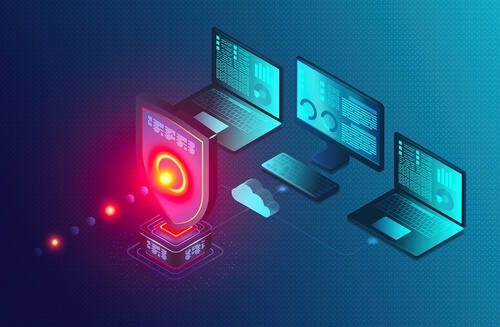 August 18, 2022
Are you using multiple devices in your household and want to use a VPN? Here… Read more

October 3, 2022
Even if you have never used one, you have probably stumbled upon this abbreviation while… Read more

December 12, 2022
There are many valid reasons why you should use VPN for school wifi and your… Read more

VPN to a home network

December 22, 2022
Two decades ago, most households relied only on their computers to connect to the Internet.… Read more 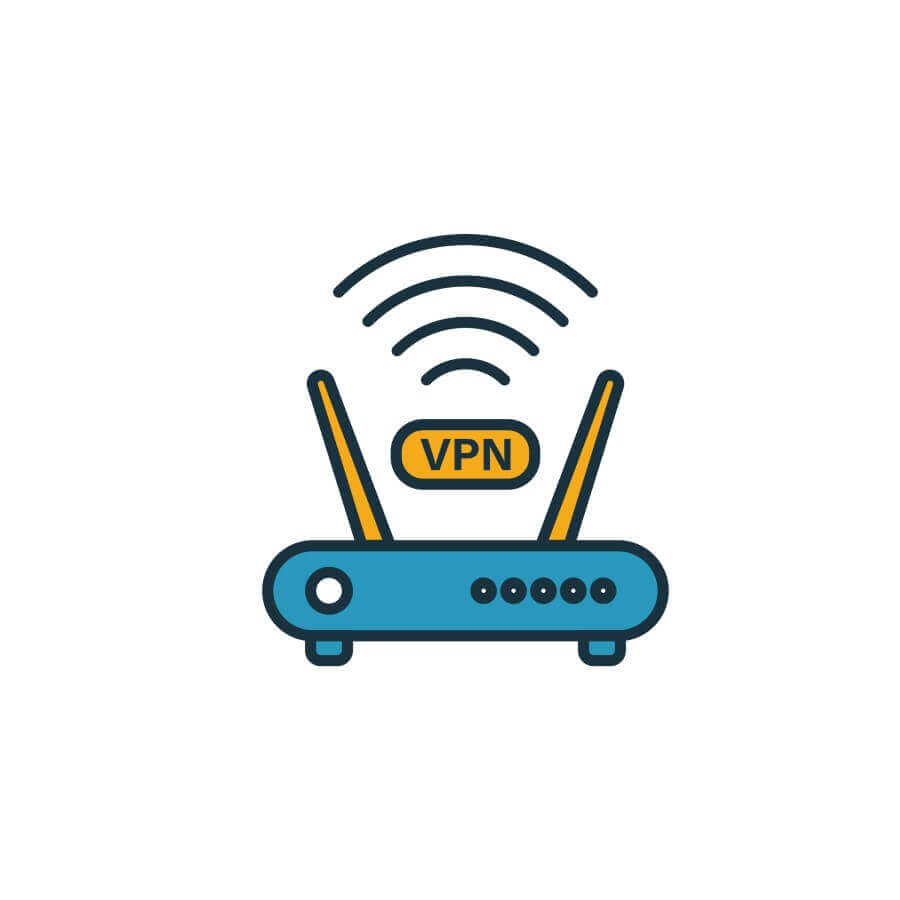 How to setup VPN on a router – A Complete Guide

January 25, 2023
Security and privacy on the internet are important issues for both individuals and organisations. Therefore,… Read more

VPNs may appear complicated at first, but they are actually quite simple to use. But that’s if you have read a comprehensive VPN guide that explains everything about VPN services. Therefore, in this complete VPN guide, we’ll explain what they can do for you, why you should use them, and how they work behind the scenes.

In addition, we’ll provide some suggestions along the road to assist you to choose the best VPN for your needs. So, read our VPN guide all the way to the end.

As we stated at the beginning, our VPN guide will highlight all the main features of the VPN service. These are features that you may not find in any other VPN guide.

A VPN service is a service that lets you approach the internet securely and secretly by banishing your connection through a server and concealing your online activities.

But how precisely does it work?

Well, our VPN guide explains it all…

How Does a VPN Work?

This software protects your information before it is seen by your ISP or the coffee shop Wi-Fi provider. The data is subsequently sent to the VPN server, and from there to your web destination.

Your data is encrypted when you use a VPN service because you use their software, which sends encrypted data to your ISP and then to the VPN server. The VPN server acts as a third party, connecting to the internet on your behalf. This solves both privacy and security problems in two ways:

As you may expect, such a scenario is far safer than connecting to the internet the regular method. But how safe is it really? Let us find out.

How Safe is a VPN?

You may be wondering if VPNs are safe, well, don’t worry because you’re about to find out in this comprehensive VPN guide.

VPN security is a topic of discussion among IT professionals and others in the sector. There are no two services that are the same in terms of offerings or security. There are two major aspects to consider:

Is it Legal to Use a VPN?

Without a doubt, practically every VPN guide on the internet claims that VPN is legal to use. However, this is not always the case, as you’ll see in our VPN guide.

Yes, VPN is legal to use but not usually…

To begin with, VPN as a concept is relatively new in legal years, so not all governments have kept up. This means that the regulations are ambiguous and can be construed in a variety of ways.

Overall, VPNs appear to be safe to use in most countries, including the United States, Canada, the United Kingdom, and the rest of Western Europe. Important! When using a VPN, your physical location is important.

VPNs are frequently not allowed in:

Find the legislation of your local government to discover more about the legality of VPN in your country. Review our in-depth resources to find out if using a VPN is legal in your country. We travel to over 190 countries and report back to you on what’s going on.

This is a common question, yet not a single VPN guide on the internet has provided an answer. However, this should not be the case because our VPN guide provides the solution for you.

The answer is no, the level to which it accomplishes this is still astounding.

Without a VPN, your connection is completely exposed, and your ISP, the café Wi-Fi network, any server along the way, or anyone with the correct tools can view your data. Many of these issues are alleviated by using a VPN, which encrypts your transmission and makes it appear as if the server is creating the connection rather than you.

Look into the following to see how far your anonymity extends.

Not every VPN will provide you with the same level of security. You can handle the above-mentioned worries if you make the right decision. To assist you, we’ve compiled a list of the best VPNs on the market.

Another critical aspect of VPN that should be addressed in every VPN guide is VPN logging policies. Since we understand how crucial it is, we decided to include it in our VPN guide.

The logs kept by a VPN have a huge impact on the level of anonymity and privacy you enjoy when using their service. A provider may store the following logs:

Any such logs make you less anonymous because your IP address might be linked to a specific internet session. Of course, connecting this to you personally is tough, but it is still possible if some agent is deliberate enough.

Overall, the fewer logs your service maintains, the better, with no logs being optimal.

NOTE: Many services mention in their sales materials that you have privacy rights, but you must read their privacy policy to find the fine print. What data they actually store, or they will claim that their country does not mandate data retention while failing to disclose their own data retention policy.

A good VPN service requires a lot of money to run — powerful servers, data transfers, infrastructure, workers, and so on. Consider what concessions may have been made if the service was provided for free.

Are they logging activity for personal gain? Are they displaying their own advertisements? Is your personal information being sold to a third party?

The cost of a VPN isn’t prohibitively expensive. We’ve evaluated some excellent alternatives that cost as little as $3-5 per month. This does not appear to be a lot to pay for peace of mind and greater internet privacy.

How to Install a VPN on A Router?

First, ensure that your router is VPN-compatible. This can be done by visiting the website of the router’s manufacturer. Most DD-WRT and Tomato-enhanced FlashRouters are VPN-compatible.

Logging in to your router and filling out a handful of standard forms is all that is required for installation. There’s nothing you can’t manage.

Can You Use a VPN to Watch Netflix

Yes! It is possible to watch Netflix via VPN. However, as with the majority of the things on this list, it all comes down to the VPN that you use. The issue with Netflix, in general, is that, despite the fact that it is currently available in over 130 countries, not all shows are distributed equitably. But it’s also possible to change the region.

Various TV stations maintain the rights to some of Netflix’s own programming due to intricate licensing deals that were made before Netflix’s massive international launch. This practically precludes Netflix from lawfully distributing those shows on their site.

How Much Does a VPN Cost?

The average price of 70 popular VPNs is $4.99 a month. VPNs that cost more than $10 are uncommon, and there isn’t much need to buy them when there are more reasonable options available.

Most services offer significant reductions if you subscribe for two to three years in advance, rather than renewing your subscription on a monthly basis.

For example, NordVPN — a VPN that we highly recommend — costs $11.95 per month if paid monthly, but you can get their 3-year subscription for just $3.49 per month (70 percent savings).

VPN Guide: When to Use and Not to Use VPN

There are numerous VPN guides on the internet, but the majority of them fail to address the actual guide for VPN. VPN guides how to install, when-to and when not to use VPN service.

These are some of the crucial points that are missing from the majority of VPN guide available on the internet. Our VPN guide, on the other hand, hasn’t left anything out.

There are several compelling reasons to use a VPN:

We see no reason not to utilize a VPN if you value your online security and privacy. Try a VPN service, especially after reading our comprehensive VPN guide.