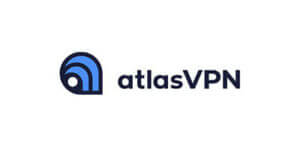 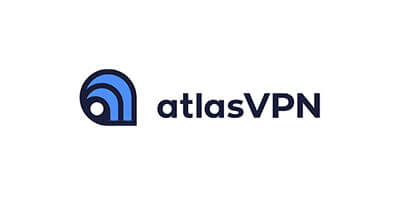 Atlas VPN is an affordable option for those on a budget but how does it hold up against both its free and premium competitors?

This Atlas VPN review examines the pros and cons of this low-price VPN, giving you all the information you need to make an informed decision!

Although the effectiveness of low-cost VPNs has been long debated, it is important to acknowledge what these low-cost VPNs do right and what they lack.

With that being said, finding a good low-cost VPN can prove tricky.

With a wide selection of free VPNs to choose from, it is safe to say that most will not be a good fit for your VPN needs.

Could Atlas VPN be the answer to your VPN Prayers?

The features offered in the paid subscription include a large selection of servers, some of which are optimized for streaming, from 32 countries worldwide, rather than the measly selection of 3 you’d get from the free Atlas VPN plan.

More servers mean more benefits from security features that utilize countless IP addresses around the world to keep you anonymous while browsing.

When it comes to cheap VPNs, you get exactly what you pay for.

When it comes to Atlas VPN it is not only an affordable option, but it comes with essential features most look for in a good VPN.

Atlas VPN does offer a free plan allowing you to browse using the VPN up to 10GB, however, it lacks key features.

All 3 Paid plans for Atlas VPN come with a 30-day money-back guarantee; the cheapest plan will cost you $1.39 per month and lasts for 3 years.

It’s worth noting that this is paid for upfront, which will set you back a total of $149.97 in a single hit.

For a shorter commitment, Atlas VPN offers a 1-year plan at $2.49 per month.

If you’d rather pay per month you are looking at paying $9.99 per month.

Although significantly more expensive this plan can be canceled any time, with no penalty to you.

Can I pay anonymously for Atlas VPN?

If full-on anonymity is what you’re looking for, I’m sad to say, Atlas VPN doesn’t accept any cryptocurrencies.

The only forms of payment available at this time are credit/debit card, Google Pay, and Paypal.

This will hamper your efforts to remain as anonymous as possible when using the internet, so could be a major turnoff for a lot of people.

Despite this, Atlas VPN still offers a conservative 750 high-speed servers in 31 different countries.

Their SafeSwap servers are available in The Netherlands, The USA, and Singapore.

If you choose to purchase Atlas VPN Premium you’d be happy to know that it offers select servers optimized for streaming giving you the highest quality display while streaming and fast loading speeds.

Atlas VPN is known to log certain data they collect from you, but overall they promise to not log your individual internet usage.

The data they log from you may be things such as your email address or your interaction with their site as well as information such as your device ID and location; this may be for direct advertising.

Given that you’re paying for Atlas VPN, it’s terrible that they’re still going to log some of your data.

This is incredibly uncommon amongst other VPNs on the market, so you’d do well to select another VPN if your privacy and data is something that you care about.

It negates a good portion of the protection you gain from using a VPN, meaning that you’re almost better off not using a VPN for certain applications.

Data harvesting is expected from a free product, but to have your data collected after paying for a subscription isn’t acceptable.

When it comes to the specific protocols Atlas VPN has in place for your protection you may be happy to know that it holds itself to the industry standard of utilizing AES-256 encryption, meaning your confidential data is protected using the same encryption government and security experts alike rely on.

Not only does this allow you an extra layer of security while browsing, but it also prevents disruptions by establishing a secure connection to your server of choice.

This allows for a speedy reconnection to the server in the case of a dropped connection.

Atlas offers a feature called a kill switch, allowing for an extra level of security.

If while browsing your VPN connection were to be dropped, a kill switch automatically disables your connection to the internet, so as to not leave your identity vulnerable.

All the available platforms, both mobile, and pc include this killswitch in addition to being utilized on the free version of the service.

This is enabled by default, so you don’t need to worry about fiddling with the settings to enable the kill switch.

Atlas is known to collect logs on you and your browsing activity, but what goes in those logs is as minimal as possible.

This is due to the fact that Atlas VPN is based in the United States of America, which is a five-eyes country.

It collects minimal logs to comply with local regulations and laws, and Atlas promises that its logs do not contain personally identifiable information.

An added bonus is that any data it may log would be encrypted, meaning this information cannot be traced back to you.

As an added level of security Atlas VPN also encrypts your browsing, so even in the case of a data breach, the specifics of your internet usage would be secure.

The purpose of a VPN is to disguise your individual IP address and run your internet usage through the IP of a separate location.

Using a multi-hop connection, that they call “Safe Swapp” Atlas VPN runs your internet usage through multiple different IPs across the world to disguise your identity, instead of using only one that can more easily be traced back to your IP connections.

These servers are run from multiple locations in The USA, The Netherlands, and Singapore.

Safe Swap is not available on the free version of Atlas VPN.

This means by using Atlas VPN without the paid subscription your IP and information may be more traceable by threats.

What devices does Atlas VPN support?

As for devices that Atlas VPN supports they have the basics covered.

It’s worth noting that the mobile versions do offer more features and overall have a more easy-to-use interface for the user.

Atlas VPN does not currently support Linux nor are there any implications that it will in the future.

Is Atlas VPN good for streaming?

This might be the hit or miss when it comes to someone looking for a VPN to watch geo-locked content on platforms such as Netflix.

Unfortunately, the free version of Atlas VPN does not allow you access to content from different countries on streaming services.

You will be promptly shown an error message.

However, with a premium plan, you can utilize it to evade geo-lock and enjoy all your favorite international shows on platforms including but not limited to, Netflix, Prime, and Disney+.

Upon review of the website Atlas VPN prides itself on its “24/7 Live Support.”

This may be the case for users who have purchased the premium of this VPN, however for a customer simply browsing your options you may have to wait up to 24hr to hear back from support via their email.

The live support crew are quick to respond to chats and are helpful with their replies.

In our testing, they managed to answer all of our questions and help resolve issues quickly and without any drama, which is nice!

Conclusion – One of the best affordable VPNs there is!

It’s safe to say most low-cost VPNs can be considered less than worth it.

The free plan of Atlas VPN is rather sub-par and doesn’t deliver a decent VPN experience, but this is true of most free VPNs.

If you are looking for a good VPN within budget, Atlas VPN is the one for you!

By no means is this VPN the best on the market, but for the price and quality, it is easily worth more than other subpar options.

Its security is comparable to other industry leaders, and privacy is optimized with its Safe Swap feature.

One thing to keep in mind is you may receive more bang for your buck using Atlas VPN on mobile.

At this time the PC version lacks key features that might prove this VPN is lackluster depending on your needs.

That being said, there may be updates to its PC counterpart in the future.

Overall Atlas VPN is a solid option for those casual users looking for an affordable VPN.