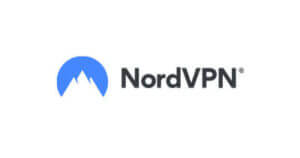 NordVPN is jam-packed with features, giving you a safer and more enjoyable experience.

With advanced safety features, powerful geo-unblocking capabilities, blazing fast speeds and top-notch tools for online privacy, NordVPN stands out as one of the best VPNs around.

Let’s check out NordVPN in more detail with our in-depth NordVPN review.

NordVPN has a stellar reputation and is seen as one of the best VPNs on the market.

So, we’ve decided to put the rumours to bed and certify them as fact or fiction with our NordVPN review.

In a day and age where every time we connect to the internet we’re putting ourselves in a potentially dangerous situation, it’s never been more important to use a top-notch VPN.

Is NordVPN safe and can it unblock content on Netflix?

It’s time to find out!

Plans and pricing – is NordVPN cheap?

NordVPN pricing is one of the best around.

Sure, there are free VPNs available, but for the price you pay for NordVPN, you do get what is arguably the best service possible.

You can get NordVPN for as little as €3.12 per month, if you buy NordVPN on a 2-year plan up front.

If you want to pay monthly for NordVPN, then you’re looking at a cost of €10.16 per month, but you can cancel at any time with no penalties.

The subscription will continue until the next billing cycle, meaning that you don’t lose any money should you opt to cancel or not renew your NordVPN subscription.

Can I pay anonymously for NordVPN?

One of the most common reasons for using a VPN is to recover your privacy when using the internet.

While virtually all VPNs claim not to store user logs, you can never be too careful, especially when humans are involved.

All it takes is one employee to be bribed into recording logs on specific users and you’re got a breach.

So, you can protect yourself even further by paying “anonymously” for NordVPN by using cryptocurrencies.

NordVPN currently accepts a range of cryptocurrencies at the moment, including:

Only Monero and ZCash are fully anonymous payment methods, so using anything else could be traced back to you, if someone has enough resources and time on their hands.

Check out the best VPNs for crypto trading here!

NordVPN has a wide range of servers, dotted all over the globe.  There are more than 5,100 servers to pick from in 60 countries.

NordVPN has a greater focus on European nations, with a large portion of its locations in this region.  There are just over 2,100 servers in Europe, spread out over 36 countries.

NordVPN has more than 2,400 servers located in the Americas and just over 700 spread around the rest of the world.

This gives you plenty of options should a particular server in a region be blocked with streaming services, such as Netflix or Hulu.

Does NordVPN have special servers?

But, NordVPN goes the extra mile and has a handful of specialty servers with advanced features.

You can use servers with the following advanced features:

When it comes to P2P servers, it’s worth noting that this feature isn’t globally available.

As a result, you might have to pick a server that’s a fair distance away.

NordVPN hit the news back in 2018 when it suffered a breach, but this was contained to 1 server, which has now been axed from its portfolio.

It has also ramped up security efforts since then, making it more secure than ever before.

NordVPN is the VPN of choice for sensitive groups, such as activists, journalists and cryptocurrency users.

If you’re wondering, “is NordVPN safe?” then you should take a look at the security features that NordVPN has in place.

We’re going to run through these features now.  Check out the most secure VPNs here!

NordVPN makes use of AES-256 encryption, which is the global standard.

As a result, every website you use, including banks, utilize it.

AES-256 is often referred to as “military grade” because it conforms to the military’s requirements, but the reality is that it’s the global standard.

In fact, you’re using this encryption to read this NordVPN review.

The main advantage of AES-256 is that it’s incredibly secure.

Brute forcing it would take billions of years, which is why it’s the encryption of choice for the internet.

Outside of this, NordVPN supports a range of protocols, including:

NordLynx is NordVPN’s proprietary implementation of WireGuard, which gives you crazy fast speeds and improved security.

OpenVPN is reliable and has been around for many years now, meaning that it’s battle tested.

IKEv2 is another great choice for macOS and iOS users, but it’s definitely inferior compared to NordLynx.

NordVPN implements a kill switch, which is critical when using a VPN.

It has done this in a way that gives you an internet and app kill switch.

Most kill switches will just cut the internet access, but apps will continue to remain connected without the VPN active.

This is a great feature from NordVPN as it kills the connection to the apps as well in the event you’re disconnected from NordVPN.

This feature isn’t enabled by default, and you must turn it on manually in the settings tab.

For the app kill switch, you have to add the apps that you wish to use this feature.

NordVPN claims to have a strict no-logs policy, which it has had independently verified by PwC.

“We offer a zero-logs VPN service. It means that NordVPN does not store connection timestamps, session information, bandwidth usage, traffic data, IP addresses, or other data. Nothing to store – nothing to share with anyone.”

NordVPN became the first VPN in the world to have this claim independently verified.

In the process, it called in PricewaterhouseCoopers AG, Zurich, Switzerland to come and conduct an in-depth audit, to which it found the claims to be true.

NordVPN automates the entire process, meaning that logs are not necessary or collected by intention.

What devices does NordVPN support?

NordVPN has dedicated apps that can be used on almost any device that you can get your hands on.

The experience of these apps is also relatively smooth, meaning that you get all the same features across all of the apps.

To begin with, we’ve got the NordVPN desktop app.

This is currently available on Windows, macOS and Linux.

The Windows and Mac apps are very similar, both having AES-256 encryption, CyberSec suite, kill switch and more.

Both have a nice world map that lets you quickly and effortlessly connect to a new server.

The Linux app is a little trickier to use, revolving around a command line.

But, this is pretty standard for Linux apps.

Next up we’ve got the Android and iOS NordVPN applications.

Both are seamless and come with virtually all of the same features that you’ll find in the desktop clients.

There are fewer tunnelling protocols to pick from, but this is never really a problem.

On Android, you’ll need to enable the always-on VPN option in the system settings to take advantage of the kill switch.

If you’re hoping to install NordVPN on another device, you’re in luck.

NordVPN supports Amazon Fire TV, Fire Stick and manual installation on routers, although this can be tricky if you’re not technically minded.

NordVPN also has a feature known as SmartDNS, which allows you to unblock geo-blocked content by configuring your device’s DNS settings.

It doesn’t apply any encryption to the traffic, but if you just want to unblock Netflix content on a device that doesn’t have a NordVPN app, it’s a great way to go.

Is NordVPN good for streaming?

Let’s face it, the biggest reason for using a VPN these days is to get around geo-blocking on streamed content.

Whether you want to catch the latest shows on Netflix, Hulu, Amazon Prime or YouTube, you can do it with ease using NordVPN.

NordVPN has more than 2,400 servers in the Americas, meaning that you’ll have no trouble making Netflix believe you’re in that region.

Even if a server is blocked for some reason, there are plenty of others to pivot to and get your Netflix binge session back on track.

From time to time, we all get stuck, so having some customer support to help us get going again is important.

NordVPN has a 24/7 live support chat feature as well as a chatbot that can direct you to the best answers possible.

There’s a library of FAQs that covers everything from pre-sale questions to technical implementations.

The live support agents are knowledgeable, helpful and clear with their replies.

So, if you’re ever in a pickle and need help with NordVPN, you’re in safe hands.

Conclusion – NordVPN is the best!

There are hundreds of VPNs out there, but NordVPN stands out as one of the best VPNs.

It has an abundance of advanced features and comes in at a lower price than many competitors.

NordVPN’s unmatched range of server locations will keep you active, even with the most persistent geo-blocking restrictions.

So, if you want to become more secure online, keep your browsing activity hidden from your ISP or unlock region specific streaming content, NordVPN is definitely a fantastic choice.

You’re going to be hard pressed to find a better VPN than NordVPN.