Compare the best VPNs with our VPN comparisons!

Comparisons of the top VPNs 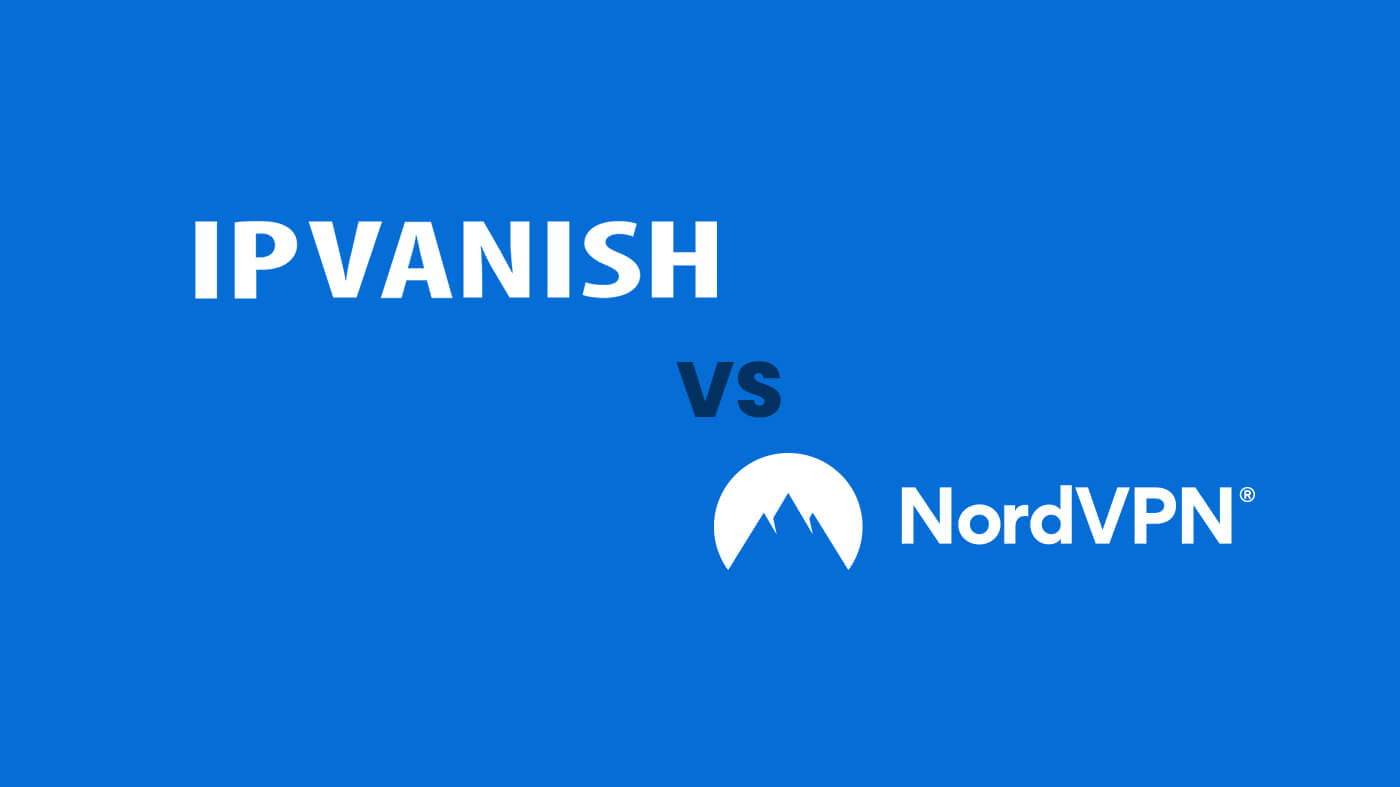 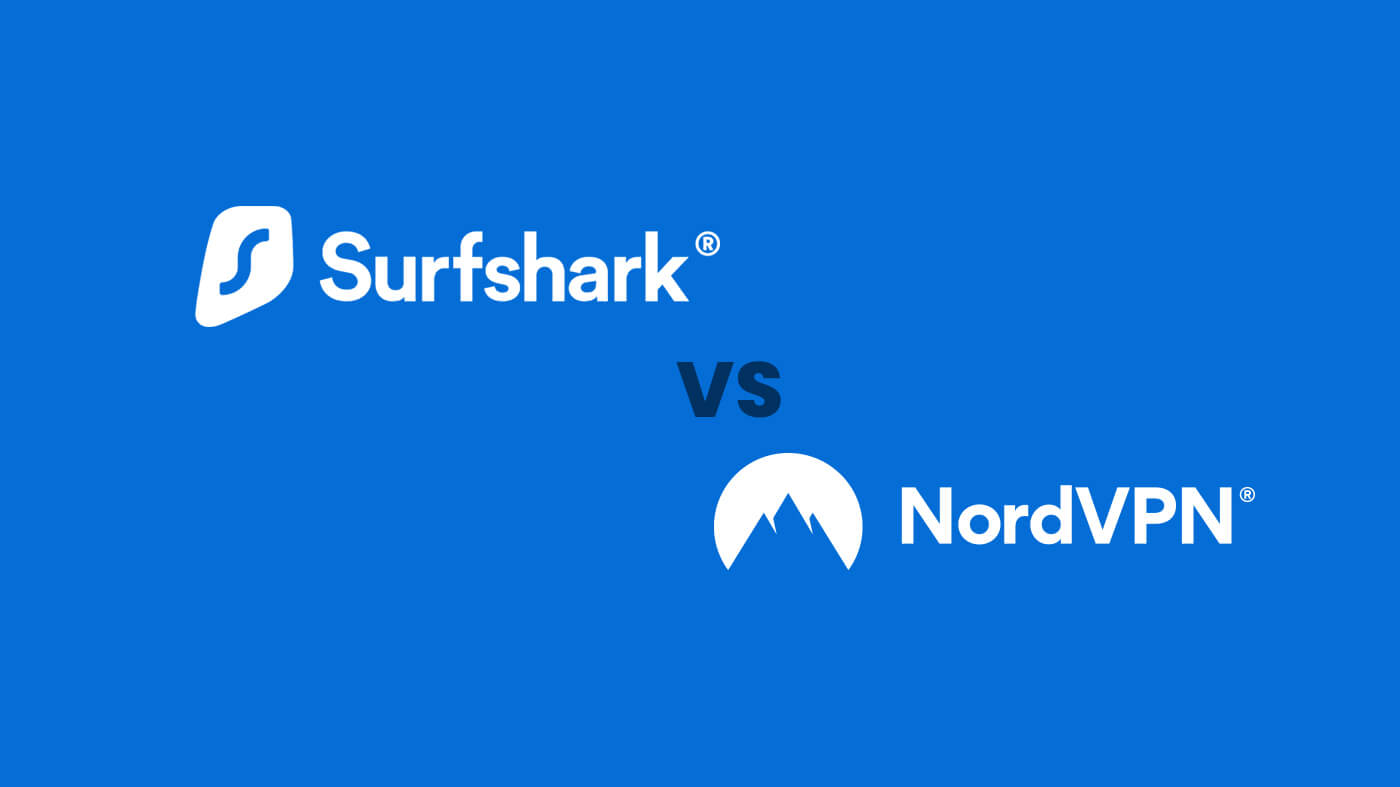 January 17, 2022
Choosing between NordVPN and Surfshark depends on why you need a VPN service. We went… Read more 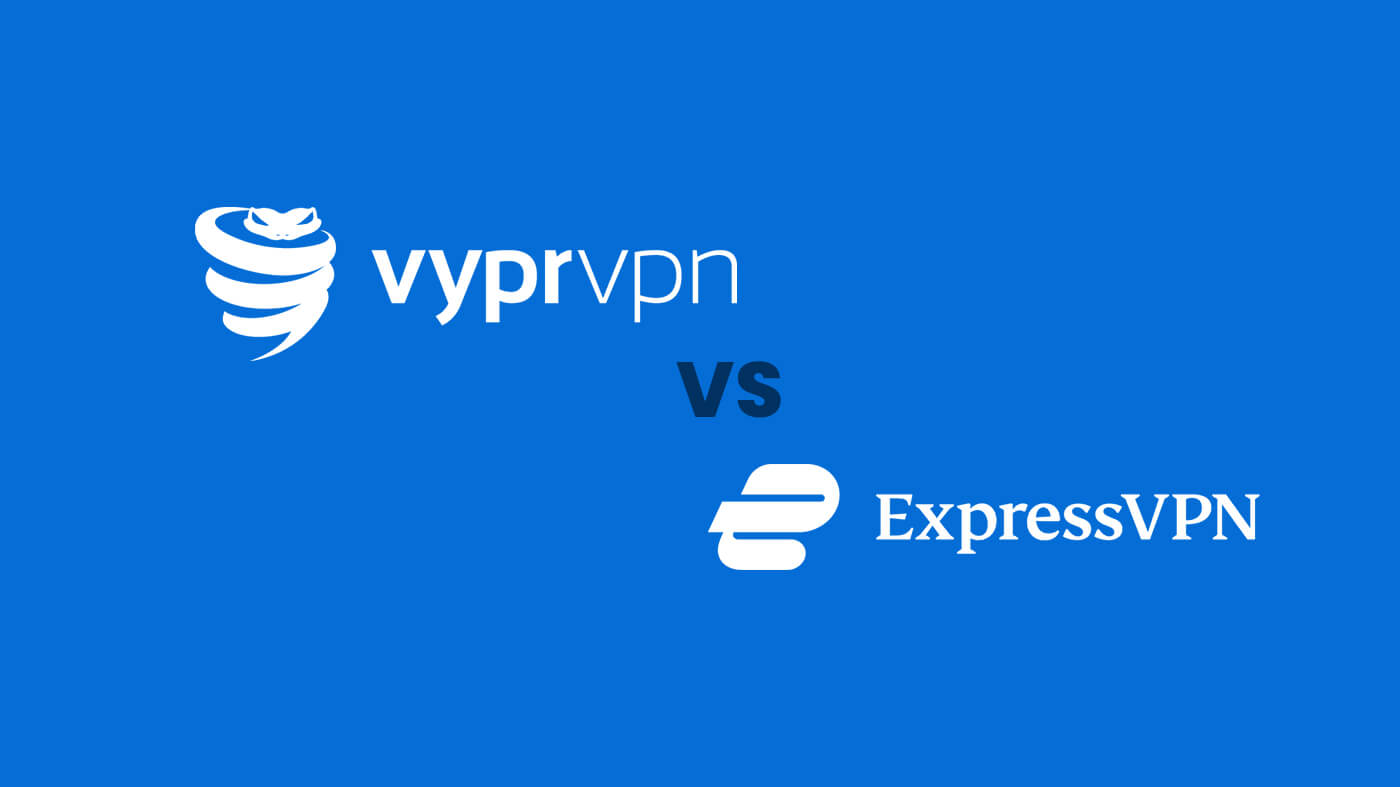 January 20, 2022
Both VyprVPN and ExpressVPN are leading Virtual Private Network providers globally. As such, picking the… Read more 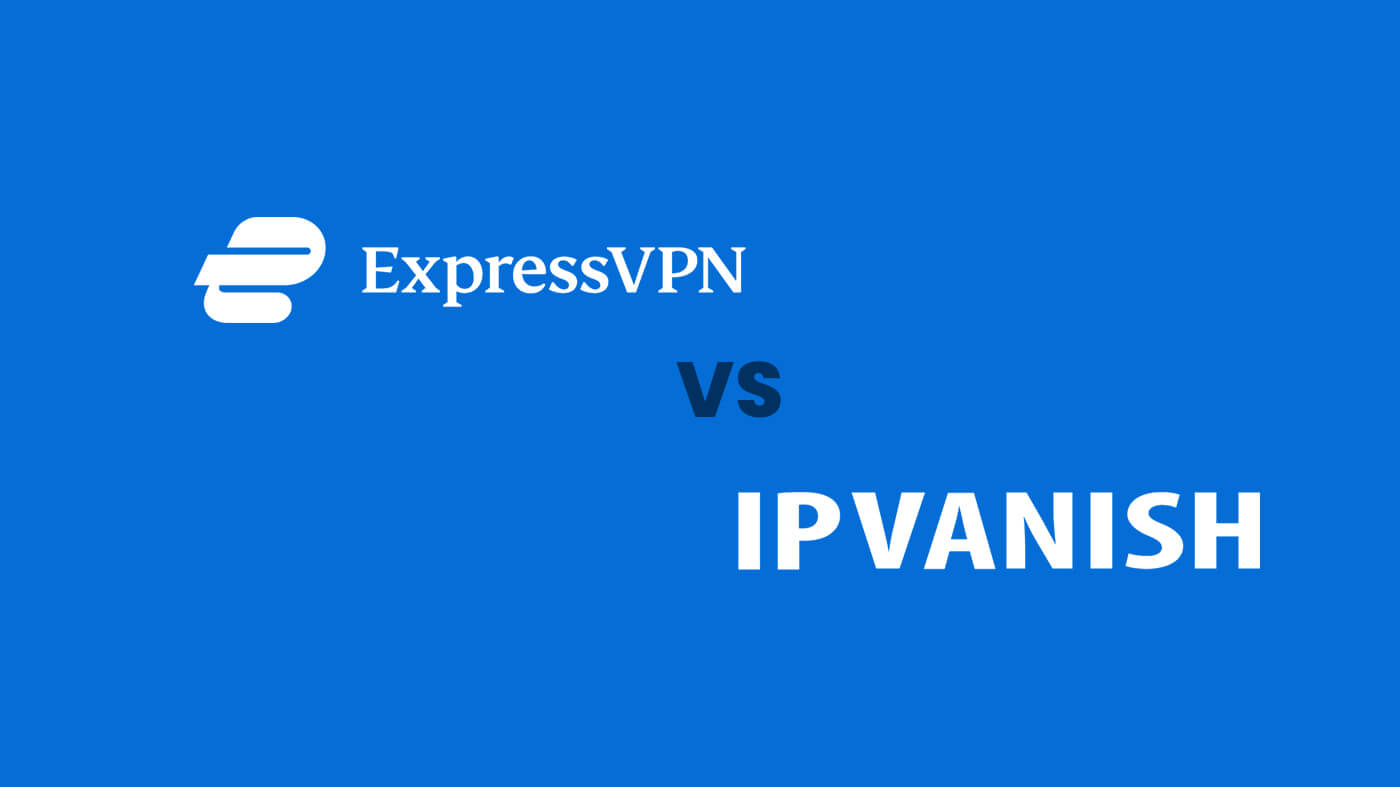 June 28, 2022
ExpressVPN vs IPVanish — 2022 Comparison Both ExpressVPN and IPVanish are among the leading VPN service… Read more 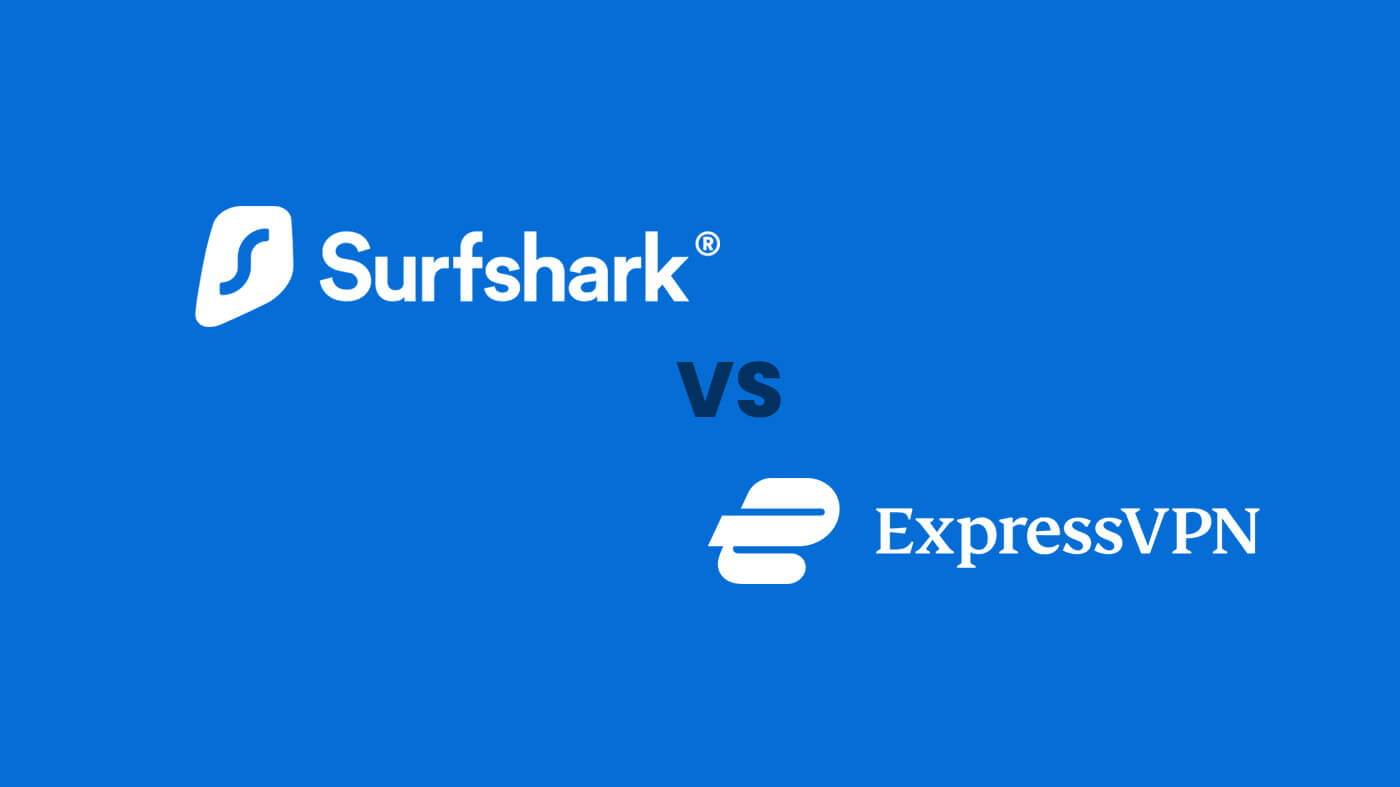 January 26, 2023
If we talk about the ProtonVPN vs NordVPN similarities, they both value privacy and security,… Read more

Virtual Private Networks, known as VPNs, have become popular across the globe. From private to governmental sectors, nine out of ten people are using a VPN service in one way or another.

But this is hardly surprising since most businesses are offering their services online — and to do so, they need to be sure that their online activities are private.

On a personal level, you don’t want anyone to track everything you do on the internet. Again, you may want to access some geo-blocked websites without any hassle.

This just shows how useful a VPN service is. Interestingly, there are several of them on the market, and as Vpnpro.net, we strive to educate you about each one of them.

That’s why we have several VPN reviews, explaining the advantages and downsides of each one. Also, we do VPN services comparison and draw a VPN comparison chart so that if you are stuck between two choices, decision-making may become easier.

Why use a VPN?

Initially, maybe several years ago, only corporate organizations used VPN connections. But we can both agree that cyberattacks back then weren’t as common as they are now. You can check the best VPNs for businesses here.

There is an undeniable desire to consume digital content, both on mobile and desktop environments. This has led to increased security risks that you shouldn’t ignore.

Fortunately, a good VPN service solves all these problems. Simply put, here’s why you need a VPN:

Every time you load a website on the internet, you leave a fingerprint behind. With the right knowledge and tools, someone can trace vital information such as your IP address, geographical location, browsing history, and more.

And this is just a scratch-off of the surface of the amount of personal information that can leak. As such, this exposes your data — something you don’t want.

Online security is always a concern, and while you can’t be 100% careful, a VPN will boost your odds. It encrypts all your data, including internet traffic so that hackers and other malicious people won’t find their way into your network.

Some websites, especially streaming and gaming sites, are only available to people in specific locations. You, therefore, can’t access them from any other geographical location

But with a VPN, these restrictions won’t affect you. The tool can hide your IP address, thereby tricking the websites into unblocking the blocked content.

Undoubtedly, all VPNs have one thing in common. They hide our internet traffic to make us invisible online.

However, some VPNs are suited for certain jobs more than others. In fact, if you do a VPN speed comparison, you’ll notice that some services do better than others. The fastest VPNs you can find here.

As such, there are different types of VPNs. At vpnpro.net, we classify them as:

These are VPN services whose main goal is to offer maximum online security. As such, they have more security protocols compared to other types of VPNs.

And if you read our reviews and VPN comparison, you’ll clearly see which VPNs are best for security. They’ll have such features as:

Surprisingly, some will even allow you to integrate their firmware with your home or office router. That way, all your devices connected to that specific router will have similar top security levels.

If privacy is your greatest concern, you need a privacy-focused VPN. Just like their security counterparts, these VPNs are equipped with various features, most of which work to keep your information private.

Their specific features include:

Notable, these VPNs are slightly costly compared to others. But their benefits are well worth the price.

If you hate limitations, you’ll want to get a freedom-focused VPN. These VPNs are usually associated with unlocking geo-locked content to give you access to whatever you need.

As such, they have a high number of server locations to give you complete freedom. Online gamers and people who love streaming content may find freedom-focused VPNs more ideal than the rest.

Lastly, there are those VPNs that won’t focus on one thing. They do everything, from security to freedom and everything in between.

Often, even in our VPN comparisons, these ones are the best. After all, you’ll be getting everything in one package.

Why VPN comparison is necessary

As mentioned earlier, VPNs essentially do the same thing. But why are there so many of them?

Well, that’s the whole purpose of our VPN comparison. And we always aim to give a complete overview, looking at everything from VPN speed comparison to VPN price comparison.

You may be looking for a specific type of VPN, say a privacy-focused VPN. Under this category, there are tens of VPNs to choose from.

And they all look great, by the way, so you may easily get yourself confused over which one to pick. Our VPN comparison aims to help you choose wisely.

Before we even get to the VPN itself, we find it necessary to look at the company behind it. The goal here is to establish point-blank if the VPN is legit.

Moreover, we are always keen to provide real-time facts about a VPN. That way, you can decide if it fits your interests or not.

How we compare VPNs

To effectively compare VPNs, we get down to all brass tacks details about the specific VPN. We leave no stone unturned in our VPN reviews.

Here’s exactly how we do that:

In this comparison, we observe and test the different services offered by a VPN. And to do that, we have to pay close attention to each key VPN feature.

Obviously, there are some essentials a reliable VPN should have such as no logging, strict privacy policies, and more. These are the kind of things we address in our VPN comparison.

Surprisingly, some VPNs include useful extras that give them an edge over others.

Of course, not all VPNs are free. And for those that offer free services, there are some limitations that you most definitely don’t want.

As such, we look closely at what you must pay to get a VPN’s premium services. We also explain the quality of service that comes with each pricing plan.

Speed is also crucial for a VPN comparison. Outstanding speeds, among other things, are the trademarks of a great VPN.

Although some VPNs may slow down internet speeds, we want to know by what degree. Also, our VPN comparison aims to establish if this is consistent in all devices (mobile and desktop).

To give accurate information, we perform various speed tests with and without a VPN connection. After that, we look at the difference and make our conclusion.

Regarding compatibility, our VPN comparison tries to establish whether you can use individual VPNs on any device. These include Android, iOS, Windows, Linux, and macOS gadgets.

Most VPNs pass this test, but it’s still essential in our VPN comparison. Moreover, we perform a VPN speed comparison on different devices to make sure they are consistent.

Sometimes VPNs may pass the service and speed tests, but their usability is poor. Everyone wants an application where they can easily perform different actions, and anything other than that is a hitch.

Therefore, we test each VPN’s usability on all devices. Among our main study areas are the navigation menus, quick links, customer service options, and general setting options.

Again, we observe how visually appealing the application is. Simply put, our VPN comparison is always comprehensive.

Also, you should consider the device you intend to use, since some VPNs are desktop-only.

Are there free VPNs?

Surprisingly, yes. Some VPN providers allow you to use their services without paying a dime.

Others will give you a free trial, usually capped at 30 days, to try out the software. After that, you’ll need to pay a subscription fee.

Most importantly, the free version doesn’t include all VPN services. The most commonly-omitted service is customer support.

Can I connect a VPN to a router?

Yes, you can. However, you’ll need a VPN-supported router for that.

Most routers and modems from internet service providers don’t support such connections. But in our VPN comparison, we highlight that as well.

Does VPN comparison include the risks involved with using the VPNs?

Yes, our goal is to give you an accurate and up-to-date picture of what to expect from a VPN. And this includes explaining any risks involved with using VPNs.

In our VPN comparison, we highlight any VPN service posing any kind of risk to the user. Fortunately, we rarely do this, since most of our recommended VPNs are reliable.