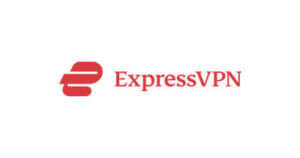 Get additional 3 months for free

With its unique, easy to use multi-platform functionality and security features all suited to streaming content already baked in, what more could you ask for?

So, if you’re egging on to watch the latest episode of Mary Berry on BBC or trying to stream an episode of Too Hot to Handle through Netflix without leaving a crumb of evidence behind, browser history excluded, then this may just be the VPN for you!

Get additional 3 months for free

ExpressVPN is often found in the top list of choices when it comes down to choosing a VPN, and as always, it will ultimately depend on your personal needs.

Now trying to separate VPNs today was like trying to split apart the Olsen twins in the ’90s, close to impossible, but a mission I am willing to accept.

So is ExpressVPN the right VPN for you?

Well, without going into much detail at first, if ‘onions’ are a vegetable to you, you see value in 4ply toilet paper, have an android device in your pocket, and have a Smart Home that talks back to you, then this could possibly be the VPN for you.

ExpressVPN’s current slogan is ‘The VPN that just works’, and they are right on the money here.

ExpressVPN lets you use their service simultaneously across 5 devices, including a simplified router application that does not require manual configuration or a degree in computer science.

This goes one step further, as there is a significant focus on simplicity and design or what we call UX/UI across all applications.

They are user friendly and take away the guesswork when setting it.

This can be a little frustrating for experienced users as some settings are hidden or not available, but then again, I doubt you would have made it this far into the ExpressVPN review, and it is possibly not for you.

My favourite function is split tunnelling, providing you with ‘geo-blocked’ streaming content and still allowing Alexa or Siri to give you the weather and directions of your actual country.

At the same time, the web browser will safely display the local news on your PC or Mac.

This is perfect for Smart Homes or various streaming media setups across multiple devices.

Side note: This functionality is not yet available on Linux or IOS mobile devices.

ExpressVPN also gives you the option to stream content in ultra HD with its intelligent media DNS feature that is not usually available with other VPN applications.

So now, you will understand why ExpressVPN is so popular, but as we know, popularity is not always the Trump card you want to play, as things can often go right of field.

ExpressVPN is a paid-for only app with a tried and tested 30-day money-back guarantee.

There are no free versions or tiered options available, which is possibly a good thing, especially with their ‘assumed’ target market – taking out any guesswork or complications in choosing the right product.

They say “there is no such thing as free lunch” and ExpressVPN is expensive.

Compared to other leading providers, even at the yearly discounted offering, this comes in close to double the cost, yet if you are looking for an easy-to-use, simplified and powerful VPN, then look no further.

No personal information is required for an ExpressVPN account.

You can sign up through an anonymous VPN without disclosing your identity.

ExpressVPN also accepts all credit cards, including Diners Club and Amex, with other payment options like PayPal and UnionPay.

They also offer subscription payments via a payment wall with various options depending on your country.

If you are looking for complete anonymity, they offer payment via Bitcoin; keep in mind this may take some time to reflect on their end after the transaction is complete.

They allow p2p connection to all servers for torrenting and have around 3,000 servers across 94 countries.

This is average in terms of VPNs, but they do have more servers located in Asia and provide more host countries on their server list than most other VPN’s.

They have developed their own in house security protocols, coined LightWeight, and while this does at times result in slower download speeds than other VPNs, it’s not something you would notice when just streaming content; however, if you are a heavy torrent user, this, along with the fact they don’t support SOCKS5 proxy servers could be a deal-breaker.

They follow the standard in security protocols using AES256 encryption and give you the option to multi-hop; A connection that connects through two VPN servers, giving you the same power as the Bermuda triangle, but this can at times slow things down at times.

They have recently been awarded ioXt evaluation for their android app and will have to see how this translates across other platforms.

ExpressVPN also provides an in-house bug bounty program that has awarded tens of thousands of dollars to security researchers who continually evaluate and search for flaws to further improve the security of the VPN service, if any.

While they may not have a stealth protocol that could possibly stand up to a Deep Packet Inspection tool similar to what the Chinese Military uses, they do have a have kill switch to limit unlimited IP leaks and protects your data on unsecured networks when accessing sensitive information – unfortunately, iOS uses don’t have access to this and could be deal-breaker if you are using an iOS ecosystem (iPhone & iPad).

As one would expect with any good VPN, ExpressVPN has a no-logs policy and is situated within the British Virgin Islands.

The British Virgin Islands do provide some legislation for data protection laws.

If this is something of concern and you want tighter privacy controls, look for a VPN located in Switzerland or Sweden, as they have stricter policies.

It is important to note that they have had extensive audits by several external parties, including PWC.

Further to this, ExpressVPN was featured in the news in 2017 when Turkish authorities seized a server to investigate details regarding the assassination of the Russian ambassador to Turkey, but no useful information was found as they carry or hold no-logs and only employ RAM only servers that have a memory some like of a goldfish.

As touched upon, ExpressVPN provides apps, browser extensions and tools for a wide range of devices and platforms, including Apple, iOS, Windows, Linux, Chromebook, Kindle Fire and Android.

They are also one of the only providers currently that offer an easy-to-use rooter application with a host of features.

One of the features that stands out the most is found on the rooter app.

It allows you to host up to five separate device groups at once, perfect for smart homes.

It is essential to know that some functions may not be available across all device platforms and would require some investigation if this would affect you.

Streaming is where I feel ExpressVPN comes into its stride and you may be forgiven thinking this is their primary focus, but it is something they do exceptionally well.

With servers located in 160 locations, across 94 countries, ExpressVPN provides you with the ultimate coverage.

The option to stream content in ultra HD with its intelligent media DNS feature is not usually available with other VPN applications.

This, along with split tunnelling, allows you to stream foreign movies while using web services from local IP addresses is a godsend.

Finally, ExpressVPN works with most streaming services, including; Netflix, Hulu, Sky, Prime, HBO, and a lot more, with excellent connection quality and speeds.

ExpressVPN has a first-class customer support centre from a basic help database to 24/7 customer ‘HUMAN’ chat support that is friendly and full of knowledge – no swiping right here and waiting days or even hours for a response.

In tests, I waited less than a minute for assistance.

They were able to assist me in multiple languages, something you don’t often see that I’m sure comes at a considerable cost to them.

Nevertheless, I was up and running in no time.

Conclusion of This ExpressVPN Review

With the ease of use and fantastic customer care – ExpressVPN has positioned itself as the streaming, home security solution for the not so technical-minded individual and provides the tools and services that most of us would consider the everyday uses of a VPN are.

Finally, by no means is it a poor choice and is up there with the best and would likely be dependent on your home ecosystem and need – maybe it’s just a poor choice for your wallet.